Marketing 2022. Why one size never fits all. 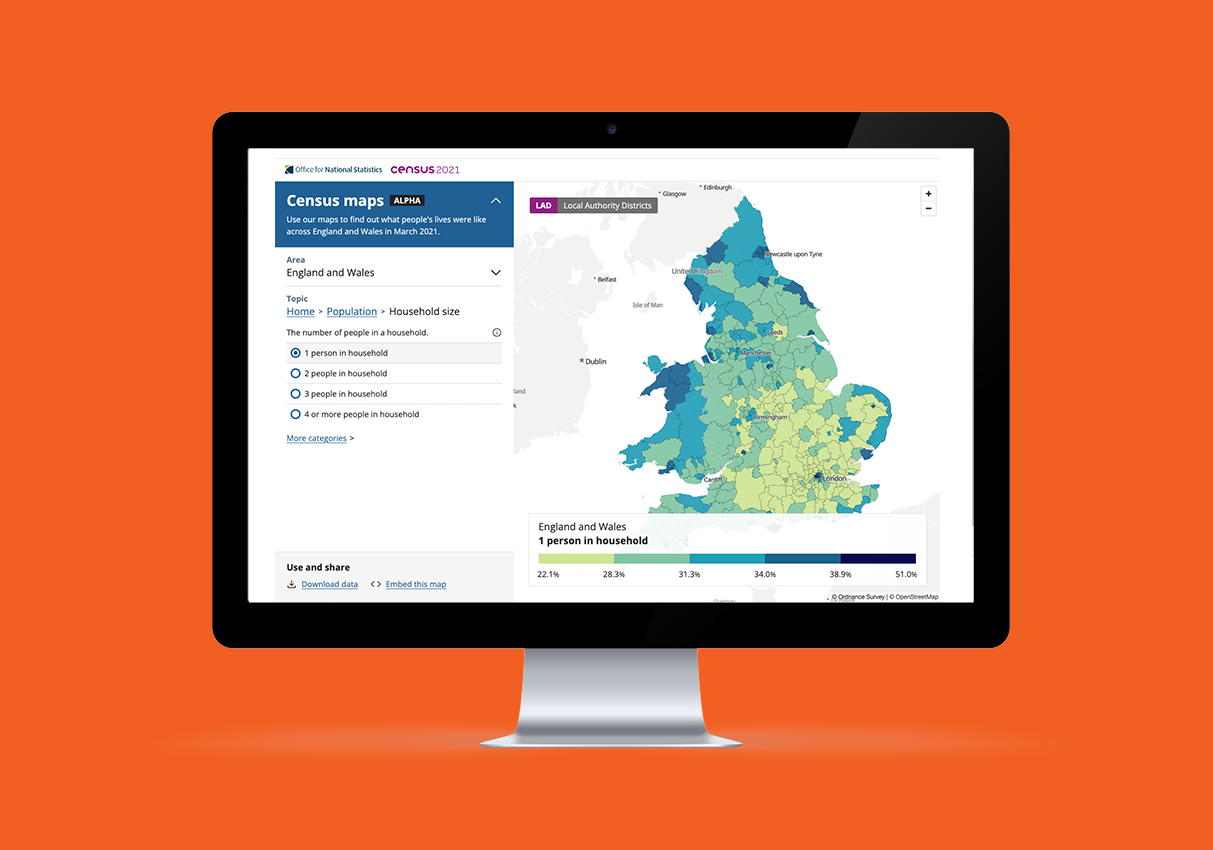 You may or may not have heard of the National Census? Held every 10 years it attempts to gain a detailed picture of who we are and how we live. Let’s dive in!

Census2021 was held last year, and a second round of results for England and Wales were released yesterday by the Office for National Statistics.

The exciting development is they’re doing a terrific job of making the results more accessible than ever with new and exciting ways to interact, firmly dragging things into the 21st century.

From interactive maps, “scrollytelling” articles, games and more, it all helps bring the data to life. Just Google to see what they’ve been up to!

We discovered #Watford, like many small or medium towns and cities around the UK has had a significant population growth of 13.3%, from around 90,300 in 2011 to 102,300 in 2021. Not bad going but significantly lower than Tower Hamlets in London which saw the largest percentage growth in England, increasing 22.1% between 2011 and 2021.

At the other end of the scale for England Eden in Cumbria has 5 pitches per single resident.

The census also showed England’s population has continued to age, with more than one in six people aged 65+ years, an increase of 20.1%. But this population change varies across the country.

In Watford that increase is only 15.7%, with a greater increase locally in people aged 15 to 64 years, and children aged under 15 years. The median age in Watford last year was 36, Tower Hamlets however recorded the lowest median age of 30, whilst North Norfolk by contrast recorded a median age of 54 years. A spread of a very significant 24 years.

So, there you go. One United Kingdom, but already you can see some very significant local difference. Yesterday’s release digs further into the differences, this time focussing on demography and migration. It shows the non-UK-born population increased to 10 million in 2021, a 33% rise in the last 10 years further enhancing the differences in local communities...

More on that in another blog, but if you’d like to see the impact on your area, you to have a play here. It’s great fun. If you’d like to talk about your brand’s local marketing why not schedule a FREE 30-minute assessment today here? It will be well worth your time.